I Hear the Bronx Singing 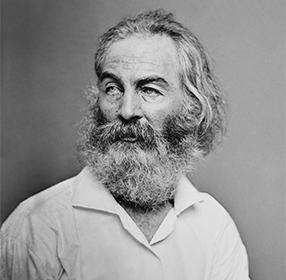 A student at my alma mater published this poem, a sort of homage and reply to Walt Whitman, in The New Yorker this week. It made me nostalgic.


Along the East River and in the Bronx Young Men Were Singing
I heard them and I still hear themabove the threatening shrieks of police sirensabove the honking horns of morning traffic,above the home-crowd cheers of Yankee Stadiumabove the school bells and laughterlighting up the afternoonabove the clamoring trudge of the 1 trainand the 2 and 4, 5, 6, the B and the Dabove the ice-cream trucks’ warm jingleabove the stampede of childrenplaying in the street,above the rush of a popped fire hydrantabove the racket of eviction noticesabove the whisper of moss and mold moving inabove the High Bridge and the 145th Street Bridgeabove mothers calling those childrento come in for dinner, to come inbefore it gets dark, to get your ass insideabove them calling a child who may never come homeabove the creaking plunge of nightfalland darkness settling in the deepest cornersabove the Goodyear blimp circling the Stadiumabove the seagulls circling the coastal trashalong the East River and in the Bronxyoung men are singing and I hear them,eastbound into eternity evenas morning destars the sky.

-- Ariel Francisco
Posted by Pentimento at 4:24 PM 2 comments: Links to this post

A long time ago, back when the only thing that mattered was whether or not I might be able to persuade him to love me, M. showed me a book of essays by the New Yorker writer A.J. Liebling. The introduction to the collection was by the mid-twentieth-century novelist James Salter, and M. said that he found Salter's writing so pretentious and gratuitous that he had cut the pages out of the book with a razor (which was, now that I recall it, very much an M. thing to do).

I found a Salter novel, Light Years, being thrown away by the library a few years ago, and, though I remembered M.'s caveat, I picked it out of the discard box because it had on its cover my favorite painting of all time, Pierre Bonnard's The Breakfast Room, which hangs at the Museum of Modern Art. I've always loved this painting, and when I was a very young woman and could get into the MoMA for free with my student i.d., I used to visit it frequently. Bonnard, an artist who contended with his fair share of suffering, has nevertheless painted an image of a world in which all is well: there is breakfast, with a loaf and a teapot, on the table; there is the window open to the park, and the buttery light of morning falling on the clean white tablecloth. Bonnard's world seems suffused with goodness, a place in which, as Elizabeth Bishop wrote, "Somebody loves us all." The only note of darkness in this abundant canvas is the figure of a woman half-hidden in the shadows on the left, her eyes downcast, holding a cup in one hand while the other hangs listlessly at her side.

So I read the book I had fished out of the bin. I found it so disturbing that, while I didn't take a razor to it, I threw it away when I was done. On a recent trip back to New York City, however, I was seized with the desire to read it again. The Kindle book was four dollars on Amazon, so I downloaded it for the journey home and tried again. I'm almost done with this second go-round, and I see the book in a different light now. It's less disturbing to me now than it is mildly bewildering, and, while at first reading I found the preciousness of Salter's prose maddening, I now see much of value in it.

Salter's style is both glorious and risible, lapidary and sophomoric at the same time. Light Years reads as if it were written by a man grown wise through longsuffering, detached from the passions of everyday life, able to see things in the luminous light of their true meaning, who's decided to collaborate with a precocious teenager whose primary literary output is confiding in her diary. It's hard to even tell what the book is about: is it about a marriage? Is it about a family? Is it about failure? Or is it about the surfaces of things, the way things look, the beauty of everyday things that can never really be penetrated or grasped? Salter's prose seduces and baffles at once.

He writes in the voice of a distant narrator who nevertheless seems to be intimately familiar with the interior lives of his characters, the pretentiously-named Viri and Nedra Berland, wealthy bohemians who live in one of the more artsy suburbs of New York City in the 1950s and 1960s. Spoiler alert: they have affairs, they get divorced, their friends suffer various tragedies, their daughters grow up, and Nedra dies young. However, there's no real plot, just intricately described snapshots of various points in their lives. Salter's dialogue-writing is laughable; here for instance, is just a fragment of a longer speech:

You are cold . . . I will warm you . . . you are not used to winter, not these winters. These are something new. They can be cold, more cold than you can imagine. In your nice English shoes everyone thinks you are warm and content. Look, how nice your shoes are, they say, such fine shoes. Yes, they think you are warm because you look nice; they think you are happy. But happiness is not so easy to find, is it? It's very difficult to find. It's like money. It comes only once. If you're lucky, it comes once, and the worst part is there's nothing you can do. You can hope, you can search, anger, prayers. Nothing. How frightening to be without it, to wait for happiness, to be patient, to be ready, to have your face upturned and luminous like girls at communion. Yes, you are saying to yourself, me, me, I am ready.

While the character who delivers this and many other tedious monologues is not a native English speaker, everyone in the book talks this way. Everyone is wise, and peppers their conversation with poetic observations and witty bons mots. Everyone knows how to cook, dress, and drink. A whole chapter is devoted to Viri ordering custom-made shirts from a tailor. When disasters happen, the beloved friends to whom they befall fade from the narrative, and, one presumes, from Viri's and Nedra's thoughts as well. Viri and Nedra are at first admirable, enviable, but throughout the course of the novel Salter destroys them bit by bit.

And yet Salter describes the drive home from New York to the suburbs like this:

WE DASH THE BLACK RIVER, ITS flats smooth as stone. Not a ship, not a dinghy, not one cry of white. The water lies broken, cracked from the wind. This great estuary is wide, endless. The river is brackish, blue with the cold. It passes beneath us blurring. The sea birds hang above it, they wheel, disappear. We flash the wide river, a dream of the past. The deeps fall behind, the bottom is paling the surface, we rush by the shallows, boats beached for winter, desolate piers. And on wings like the gulls, soar up, turn, look back.

It is really Salter's beautiful descriptive writing, his devout attention to the surfaces of things, that make the book compelling. In a sense, Light Years is not really about Viri and Nedra; it has little in the way of narrative, or even of cohesive plot. It's a book, instead, about things, objects, what they look like and what they reveal. Salter pulls no punches when it comes to his intentions, informing the reader from the outset about Nedra:

I am going to describe her life from the inside outward, from its core, the house as well, rooms in which life was gathered, rooms in which the morning sunlight, the floors spread with Oriental rugs that had been her mother-in-law’s, apricot, rough and tan, rugs which though worn seemed to drink the sun, to collect its warmth; books, potpourris, cushions in colors of Matisse, objects glistening like evidence, many which might had they been possessed by ancient people, have been placed in the tombs for another life: clear crystal dice, pieces of staghorn, amber beads, boxes, sculptures, wooden balls, magazines in which were photographs of women to whom she compared herself.

It is the things that matter, the things that tell us the story, the attention to the things which makes it occasionally hard to tell whether Salter loves or despises his characters, who, for all their beauty and wit, are selfish, cruel, and self-deluded, just as it is the things in Bonnard's painting that convey the sense of an entire world -- a world whose surface shimmers with goodness, but whose ambience of contentment is undermined by the shadowy figure in the corner. Things speak, they tell stories, but, Bonnard and Salter both seem to suggest, the stories they tell may be untrue: if we heed those stories, if we let the beauty of this world guide us, we are in danger of being led astray. Things are beautiful, but they are unreliable narrators.

I think this is what prompted me to throw Light Years away the first time I read it. My own life -- my old life -- had been outlined and limned with a devotion to things, with the way things looked and seemed, with what I thought they meant and conveyed. The ugliness of the world around me, the inadequacy, the injustice, was nevertheless suffused with beauty for me. In my old life, I would have given up, given away, thrown away, a great deal for a pearl of great price; the problem was that I mistook artificial pearls for real. The selfishness of Salter's characters cut me to my core, convicted me.

As I finish Light Years for the second time, however, I'm also reading Sister Wendy's Spiritual Letters, in which she evinces her own early devotion to the thingliness of this world, the beauty of it, in the art that so moves her. She writes to a friend who is in physical pain, about to undergo a feared operation:

I can't feel anxious [for you]. It seems so clear to me that this is pure Love giving Himself in a way you must learn to accept Him in. Either you say: "Come my Love, anyway. You choose." Or you make it impossible for him to come at all . . . Love can't take hold under these restrictions . . . Didn't your insight into Duccio's Annunciation tell you that death equals love?

The first time I read Light Years, Salter's metaphor for death unsettled me:

The underground river. The ceiling lowers, grows wet, the water rushes into darkness. The air becomes damp and icy, the passage narrows. Light is lost here, sound; the current begins to flow beneath great, impassable slabs.

But now, reading it in tandem with Sister Wendy's book, I feel differently. Salter's gorgeous descriptions of the thingly world are ultimately devastating, for things cannot save one. Sister Wendy, however, posits the things of this world -- especially the beautiful things that make the heart leap for joy --  as a kind of orthodox exegesis of God's unfailing goodness.

Death equals love. We must go down to that dark place, the dark earth, the underground river, and know that descent to be lit up by Love Himself.

Posted by Pentimento at 10:50 AM 3 comments: Links to this post