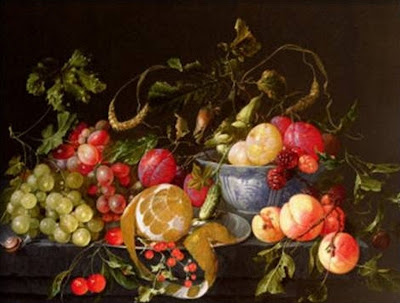 There is a story, perhaps apocryphal, about Gustav Mahler going on a walking tour of the Austrian Alps with his protégé, the great conductor Bruno Walter. Walter, no doubt like most visitors to the Alps, was in ecstasy when he beheld the mountains' grandeur, and he waved his hands around excitedly. "Look, Gustav!" he cried, to which Mahler, walking on quickly with his head down, replied, "No need; I have composed them already."

As a child, I had all kinds of fantasies about what the unmediated, unadulterated natural world might be like, but my experience was mostly confined to yearly hikes at Bear Mountain, which my father, paraphrasing Marx, called a "Lumpenwilderness."  And anyway, it can seem Herculean at times to leave New York City and go into nature, or anywhere else for that matter. If you don't have a car, which is many if not most people, you have to rent one. For my set, that meant walking across the George Washington Bridge to the Rent-A-Wreck in Fort Lee, New Jersey. Then you had to actually drive out of the city, which could literally take hours, because, since you'd walked to New Jersey, you had to drive back across the bridge to get your stuff. And then there would be traffic and getting lost, which could not be avoided if your path took you through the Bronx at all. And then, if you weren't some sort of wilderness expert, what exactly were you supposed to do when you get there? You could luxuriate in the grass while trying to wipe the fear of Lyme ticks from your consciousness, or marvel at the unobstructed views of sky. But if you're like me, by dark you would be sweating in your bed because of the sonic emptiness, terrorized by the absence of the reassuring all-hours city din. As Woody Allen said, "I am two with nature."

It's much easier driving into nature from here, though. We're surrounded by state parks, all of them spectacular, the closest about twenty miles away (Bear Mountain was only a little further than that, but it could take two and a half hours to get there). This summer, trying to quell my fear of Lyme disease, I started to take my son with high-functioning autism into the woods on hikes. (Incidentally, though I fear ticks, I have no fear of mosquitos. I'm the carrier of a rare Mediterranean disease which, like sickle-cell anemia, is linked to malaria resistance, and mosquitos have no interest in me.) In the past few months, my son has had tremendous difficulty controlling his emotions. We've started him on medication -- and, pace the nostalgic authorities on boyhood who glibly insist that boys are being medicated for being boys, my son is being medicated to try to help him with his towering rages that keep building up over the course of a day, that cause him to scream bloodcurdlingly and prolongedly when something happens to go awry in the little ways in which things go awry every day, and that are making our family's attempts to live in peace extremely difficult. But when he's in the woods, he's better. I don't mean that he's not autistic, but that in the woods, his autism shines forth as a kind of intense and beautiful adaptation. He's calm; he writes poetry in his nature journal; he's a delightful companion. I haven't read Last Child in the Woods, but I'm starting to believe in the healing propensities of the natural world.

In the state park, my son tells me that he misses New York. He often says this, and he says he wants to move back. He was not yet three when we left, but he has an uncanny memory, and he's also been to visit many times. I think about a trip I took to coastal Maine with M. fifteen years ago, and how beautiful it was, and then, stuck in traffic on the Cross-Bronx Expressway after driving many hours, with the windows of the rental car rolled down in the heat and the tinny sound of a frenetic merengue played on a thousand radios pouring in along with the damp, sour smell of the hot summer pavement mixed with the odors of piss, stale beer, and the dank Harlem River far below us, how my heart leapt and thrilled to be home.

I mention instead to my son that in New York, it's hard to find a place as beautiful as the place where we are now. Places as beautiful as this are far away and hard to get to, and, besides that, there's so much traffic and noise there.

I remember staring in bewilderment when my my longtime recital accompanist declared that nature was more beautiful and more important than music. I'm still not sure I believe it. My kind of nature is the still life, the natura morta, as it's called in Italian -- the nature that is mixed, and even wrecked, by its contact with the human, or the nature that is furtive, appearing a little at a time to slowly and imperceptibly redeem the urban spaces that have ruined it, like the weeds that grow out of the sidewalk cracks or the iridescent pigeons -- all so different, all so lovely, though their detractors call them rats with wings -- that peck at the refuse carelessly strewn on the street. Perhaps, like Mahler, I believe that music is better than nature, that art enhances, ennobles, and supersedes nature. Indeed, Wallace Stevens wrote about this in his 1919 poem "The Anecdote of the Jar":

I placed a jar in Tennessee,
And round it was, upon a hill.
It made the slovenly wilderness
Surround that hill.
The wilderness rose up to it,
And sprawled around, no longer wild.
The jar was round upon the ground
And tall and of a port in air.
It took dominion everywhere.
The jar was gray and bare.
It did not give of bird or bush,
Like nothing else in Tennessee.