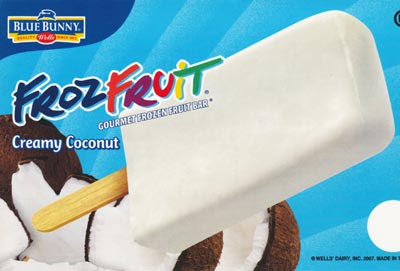 I've been having an ongoing conversation with my friend Ex-New Yorker about the ways that New Yorkers, when they are transferred to other regions of the country, are often revealed to be functionally incompetent. It's not just the not-driving; it's also the inability to perform the sorts of common workaday tasks that other people seem to know how to do instinctively, including any kind of home repairs more involved than changing a lightbulb. I suppose people's fathers teach them how to do such things; but if your father grew up in an apartment building, where the super was routinely called in to fix minor problems, neither your father nor you would ever have learned.

When I moved here, I assumed that most things would be essentially the same as they were in New York, only smaller and with a more primitive public transportation infrastructure. However, while the smallness and the poverty of transportation infrastructure were as I envisioned them, the rest wasn't true at all. We rented a half-house at first; I had imagined that renting a place would be much the same as it was New York, only that you would get more space for less money. But, while that part was in fact true, nothing else was. Before we found a livable place, we saw many that were in shocking disrepair; I told one landlady that her building ought to be condemned --the kind of candor, I soon learned, that does not seem to be appreciated outside of New York City.

It was really just a bell repeating the same note over and over every three seconds or so, but, coupled with the sound of a truck going slowly up the street, I got the message and ran out of the house with a couple of bucks in hand. I still remember, strangely, what I was wearing that day. I asked the ice-cream truck man for a coconut Frozfruit, the creamiest and most delightful summer treat known to man. He pulled one out of the freezer case, I gave him my money -- a lot less, incidentally, than I would have forked over in New York City -- and all was well.

The next time he came up the street, I ran out again and asked him for the same, but he didn't have them. Nor the next time, nor the next. After a couple of weeks of this, I asked him why. He explained that he had only had coconut Frozfruits that first time as a fluke: in New York on other business, he had loaded up his truck at the legendary Benfaremo's, the Lemon Ice King of Corona, Queens. Frozfruits were apparently an urban treat, not to be had in the hinterlands. Crestfallen, I got some cardboard-y regional ice cream instead, and stayed indoors the next time I heard that single-note bell coming slowly up the street. I have since found coconut ice-cream bars at the grocery store, but, gluey and too sweet, they're nothing like coconut Frozfruits.

That winter, when I still got everywhere around this town on foot, I was walking down the gray, shabby Main Street when I saw a New York City bus driving past. It really was an actual New York City bus, without a number or route listing. I stopped and stood there staring; it was like seeing a ghost. It made me ecstatic for a brief moment, and then plunged me into back into abject homesickness as I resumed trudging through the slush, realizing that I was about a million miles away from my old life. I later found out that the New York City hybrid buses were built by a local manufacturer.

But memories of the old life are not exactly like cash in hand. They're outdated currency, and the more I trade in them, the more I feel like I'm trying to pass off Confederate currency in a Union state, or trying to substitute an Irish pound for a Euro. Time has gone by, it is summer again, and the world is not now as it was. And the strains of the old Mister Softee truck anthem, to take T.S. Eliot out of context, "echo/Thus, in [my] mind,"

But to what purpose
Disturbing the dust on a bowl of rose-leaves
I do not know.