Music and Memory, Part 31: In Defense of the Folk Mass 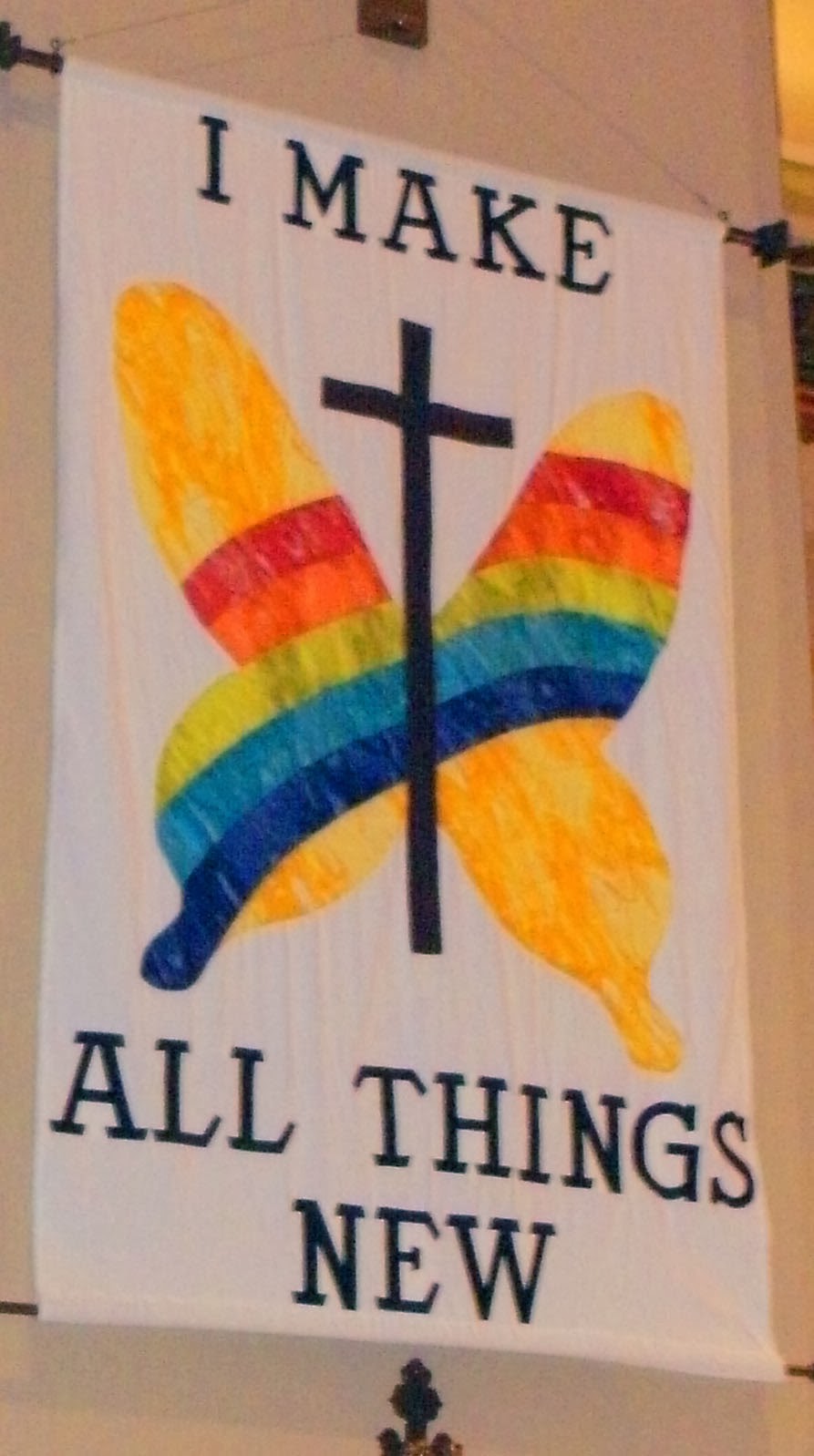 When I came back to the Catholic Church a little more than ten years ago, I discovered something I'd been ignorant of as a child of the aggiornamento: that is, the division, fragmentation, and opposition among the multifarious branches of the faithful. In my few childhood years in the church, the idea of disunion was not on my mind, of course, and I loved everything about going to Mass and Sunday school. I loved the colorful vestments, I loved the felt banners, and most of all, I loved the music.

As a returning adult woman, however, I discovered that there was, in fact, some division within the Mystical Body. I discovered orthodoxy, and, not long after, the New York orthodox Catholic subculture, which included not a few cape-wearing, pipe-smoking, Chesterton-quoting, never-marrying-though-apparently-uncalled-to-religious-life-albeit-heterosexual Traditionalist men (there wasn't any female equivalent of this type that I could see; perhaps the young women of the cohort were all married with children, and thus didn't have time to spend cultivating a countercultural image). And I learned that I was supposed to scorn and deride the aesthetic trappings of the New Mass, while not entirely rejecting the Mass itself:  I was supposed to hate the vestments, the banners, and most of all, the music.

The young orthodox Catholics I was now encountering, though they were too young to have experienced the old rite, claimed to have discerned from early childhood that these aesthetic trappings were almost entirely lacking in merit. And their scorn was reserved in a special way for postconciliar liturgical music. It went without saying that Gregorian chant was the mode of sung worship par excellence; even polyphony was viewed with a soupçon of moral suspicion (as it had been, too, in the 1590s by a group of Italian composers and men of letters who wanted to be able to understand the words, and who, as a result, succeeded in inventing opera).

This surprised me, because -- perhaps very much unlike you, dear reader -- I loved that music.  My babysitter used to play her guitar in the sanctuary, her long braids hanging down over the body of the instrument, and sing liturgical folksongs, some of which I suspect were of her own composition. I loved her. I loved her long hair. I loved her singing, and I loved what she sang. In fact, it was in order to emulate her that I first wanted to become a singer myself (she also taught me how to say the rosary, and told me about the many miracles of healing at the Church of Saint Anne de Beaupré in Quebec. Maryann McCarthy, where are you now?).

I'm no chant specialist. Even among musicologists, the real chant specialists are few and far between. Chant is a whole musicological world unto itself, and the work of the vast majority of music scholars is focused not on chant, but on the music of the common practice period. And the fact that there are few chant authorities even among musicologists and musicians with doctorates, makes it safe to assume that that guy in the Tyrolean hat who took you out for coffee after Mass and, after reminiscing about the Habsburg dynasty, trashed the priest from southeast Asia who came out to help distribute Communion because he bowed before the tabernacle instead of genuflecting, is not one, either. This doesn't mean that I don't love Gregorian chant, of course. And I would venture to say that I actually do know more about it than that guy, though it wasn't the focus of my doctoral studies.

Whenever I'm told by orthodox, Traditionalist, or even serious-and-faithful Catholics who are not necessarily culture warriors, however, that postconciliar liturgical music is heretical or a desecration, I imagine that they're waiting for me, with my doctorate in music, to nod my head vigorously and offer some kind of musicological proof of their point. But I don't, because I love that music, and not just out of sentimentality or nostalgia for lost childhood. Some of that music is good and effective qua liturgical music, and I think that it's probably crappy execution of it that makes educated listeners think the repertoire itself is crap. This hymn is a particular favorite of mine; I love the coda in the chorus: "We will find an open door THERE; we will find an open door," where the word "there" lingers between doubt and hope on the fourth degree of the scale before resolving, consolingly, to the tonic. I'm not being ironic here. I couldn't find a decent performance of it on Youtube, which underlines my point -- though church music is not really performance. But I do not think the liturgical music of the 1970s and 1980s is monolithic crap; not at all. I've disappointed many people by saying so, but those many probably also don't love Michael Jackson or the music of Mister Rogers' Neighborhood (composed by Fred Rogers himself) the way that I do, either. And they should. At the risk of sounding hopelessly middlebrow, I will assert here that some of the music of aggiornamento is both beautiful and consoling. As Duke Ellington said, "If it sounds good . . . it is good."

I know I'm supposed to love music that is beautiful and reverent and old and serious and could be suitably transferred from the organ loft to the concert hall. And I do. But what's wrong with worshipping God with the simplicity of musical expression which is the extent to which most people are capable of producing musical sound and meaning? Our hearts and our tongues don't customarily address God in the language of the psalms, after all. The liturgical music of the 1970s that you think you're supposed to hate, or at least to laugh at, can be as much an ancillary or an inducement to worship, I believe, as can chant and Palestrina. We approach God in the Holy of Holies, yes. But we also have an everyday relationship with Him in which we accept and embrace His presence in the least dignified and the most mundane parts of our lives. There is a place, I would argue, for the hymns you hate: "for God is the simplest of all."