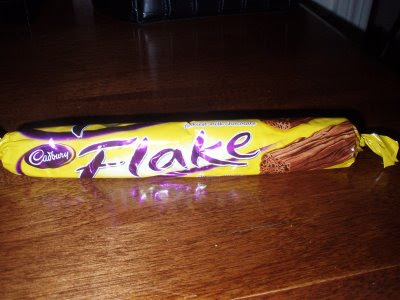 I write from my new city. The move was something of a disaster, with more going wrong even than usual with this sort of thing. To make a long story short, the moving company's estimate of time and labor turned out to be wildly off the mark, and it took five men almost three days to pack and move a two-bedroom apartment. Granted, I have a piano, but it's a small one; there were also those seven bookcases. But, to compound matters, it turned out that the estimator had also made a gigantic error in estimating the cost of all this, and because so much else had also gone wrong, the moving company decided to write off the difference. So all's well that ends well.

Our new home is a half-house, two stories plus a basement and garage, for exactly half the rent of our old two-bedroom apartment in the inaccessible outer boroughs of New York. But my new hometown is one of the depressed cities of the Northeast, so I imagine the low rent is a reflection of the low desirability of my new city as a place to live. It is beautiful here, however. The city is surrounded by mountains whose names no one appears to know.

Before we left, I stocked up on British sweets. My old neighborhood, with its large population of recent Irish immigrants, featured an impressive selection of English and Irish candy in just about every deli and corner store. Devotees say that there's no comparison between the English Cadbury bars and the American version, and I don't know when and where I'll be able to find things like the Cadbury Flake bar (above) again.

And we just acquired a washing machine and dryer. I am giddy with excitement as I await the delivery and installation. In New York I would wheel my grocery cart down to the corner laundromat every week and do six loads of laundry at one go, but that's not how it's done here, except by students and the very poor. So, while my fabulous college-teaching wardrobe hangs unused in my new walk-in closet, I am poised to become more like the mother in We Help Mommy and do the wash every day; there's even a clothesline here to hang it out on. Perhaps my son will even become as helpful as the two little ones in the book. Right now, he's mostly interested in the novelty of our flight of stairs, and throwing things down them.
Posted by Pentimento at 2:59 PM

As you know, my wife likes to use kid books to teach our son to help out around the house. Hey, if gets me out of doing chores, I'm all for it.

Guess who just rolled her eyes?

Well done on negotiating one of life's more stressful undertakings. Get some extra rest if you can.

Kyle, does it actually work with your two-year-old? Mine enjoys reading them, but seems to think of them as enjoyable, stylized abstractions rather than how-to manuals.

Thanks for the good wishes, Otepoti. I've just gotten connected to the internet.

Well, correlation is not causation, but the boy does imagine several of his toys (poppers, carts) to be lawnmowers and vacuum cleaners.

Congratulations on surviving the move. Having done the same thing myself recently, complete with mis-estimation of cost, time, labor, difficulty, etc (except that we did it all ourselves, like idiots), I can sympathize with the stress level, and also with the feeling of accomplishment at having actually done it.

I've been waiting for years for all those books about helpful children to kick in in some concrete way in my house. In our case, I'm afraid, about the only thing that's worked has been the carrot-and-stick method: "You do the dishes, and Daddy will let you drive the van in the parking lot across the street once the community college students have gone home." They DO do the dishes every night, I have to say. That's the older set. With the younger set, the only thing that works is to take the child's hand, place it on the toy we want picked up, and say, "Close your fingers on this object." Then you march the person across the room to the toy receptacle and say, "Release." Then repeat. This, in my experience, goes on for years. Otherwise what you have is four-year-olds who want to do the dishes, which operation involves several changes of clothes, mopping up the floor at least once, and then having to rinse the dishes all over again later because the four-year-old LOVES suds. Not that I don't let her do this from time to time, but I don't file the experience under the category of "helping Mommy." Pas du tout.

Thanks for the good word, Mrs. T. I am chuckling about the grasp-and-release technique. In New York City I was a member of an Attachment Parenting yahoo list, which I ended up leaving because of a trend toward experimental disciplinary ideologies that I thought would end up serving children, parents, and peers poorly (including something called Unconditional Parenting, and the "technique" of never saying no, but using all kinds of euphemisms for the word instead). But we're here to teach our children, after all, not to let them wreak havoc.

I actually use one of Kyle's son's books, *Man's Work*, which my son loves to read, but which, like the others, has failed to influence him . . .

Moving sucks ass, they should have a drug that makes you forget the whole thing (wait, I'm in Calfornia and I used to be in Brooklyn, how...?).

A drug to make you forget what you want to forget would be nice.

As for the piano, it's not as if it materialized in my apartment on moving day; the estimator saw it, I think. And, well, it IS a small one!