From Maenad to Christian 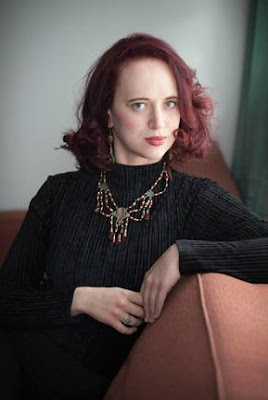 The young journalist Tara Isabella Burton, both a polymath a fine writer, has a compelling conversion story on Catapult that is very much worth reading. She details her quest for the power to pull back the curtain of ordinariness covering the world, in order to glimpse what she believed to be the enchantment lurking beneath the surfaces of things. In fact, Burton's quest reminds me a great deal of my own younger life (though my own questing entailed fewer trips to Europe and a lot more subway rides to botánicas in the outer boroughs). My main complaint about her longish essay is that it spends itself in romping through such rites of magic as are preferred by flowing-haired moneyed college girls and skimps on the punchline, which is her conversion to Christianity, leaving it essentially unexplained.

Nevertheless, her article contains some pointed insights about the desire for meaning in modern life, spun from the perspective of a certain kind of twee aestheticism, with the surprise that all of Burton's searching ends in Christ.


I sacrificed all of myself. I emptied myself out. I hit bottom, in a thousand different ways, and got what I wanted, in a thousand more, and then, somewhere in the middle of my seeking a vague and generic sense of Poetry, I found a specific one.


I don't mean to be hard on Burton. As I said, she could be me with more money. I too spent years trying to pierce through the dull veil of ordinary time in order to live in a vague world of endless beauty, and used similar tactics. I wanted to be special, to live in a special way, and to surround myself with special people. I wanted to drift through the mean streets where I lived unscathed, a kind of wraith from a Cocteau Twins song. I too dyed my hair this or that color, read Tarot, and abused alcohol and other people. I too made terrible mistakes and sacrificed everything good that I had, though I didn't know at the time that it was good. I too had a conversion, and for me, the conversion is ongoing, as I hope it is for Burton.

I imagine Burton's readership is more interested in the details of her novelistic life in Trieste, with its Passion, Heartbreak, and Blood, than it might be in the daily humiliations I imagine are required for a mind like hers to make common cause with the demands of our faith, not to mention with the unwashed and unlettered hordes of other believers. Indeed, one of the most painful and salutary things about my own ongoing conversion has been embracing the everyday humiliations of my un-special day-to-day life, the life in which I work harder than I ever have at anything for seemingly minuscule gain, and in which the haunting, shadowy beauties of my past pagan life recede ever more into the distance.

Sometimes I wake up in the middle of the night thinking about the old things in New York City: a lamp I used to have, my old kitchen table with the sun streaming through the window's metal safety guards, a closed theater marquee on the Grand Concourse in the Bronx, countless walks through Central Park undertaken just in order to get across town, a collection of blue glass bottles in my voice teacher's apartment -- random scraps of memories of the ordinary things of everyday life, which, when I lived it, I strove to see as pieces of a pattern, a riddle to solve, the road map to a more magical realm -- a life beyond life, though temporal, where everything was radiant and where I would be able to see things as they really were.

As Burton notes, however:

Fridays mean that Christ died and Christ is risen and that Christ will come again. So does rose quartz. So does a full moon.

In other words, the meaning of the natural world, and of all phenomena, and also of the dullness and pain of our everyday lives, is that Christ has redeemed and is redeeming all the scraps of ordinary existence from the clumsy and ineffectual grasping of people like me. Things are what they are, but what is real, and what is hidden, all point to him and to his ongoing restoration of all nature and all humanity. And minds like mine, which long to ascend to the stars, must content ourselves with gazing upon the one whom Burton calls "this unprepossessing carpenter," and about whom Isaiah says: "He had no beauty or majesty to attract us to him, nothing in his appearance that we should desire him." In this mortification of clinging to beauty without beauty lies salvation for people like me, and perhaps like Burton.

Posted by Pentimento at 7:30 AM