On Dreams and Evil 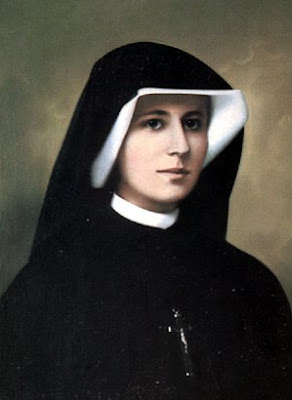 Lately I've earned some detractors on this blog, who have asserted that I'm in league with the devil because I dreamt that the Holy Spirit instructed me to vote for Obama. In case anyone missed it, let me say it again: this was a dream. I.e., it was nighttime, and I was asleep. We don't control the content of our unconscious lives, as was well known not only to Freud, but also to the Fathers of the Church. Nonetheless, some commenters believe that even posting about such a dream proves that I am cooperating with evil, in spite of the fact that I have no intention of voting for Obama, regardless of who's telling me to.

I think an important point that's been lost on my detractors (it amazes me that I have them, because certainly neither my blog nor I is important enough to have earned them) is that evil is nefariously subtle. If evil looked hideous and wore a big sign around its neck that said "evil," most people -- yes, even me -- would run from the chance to cozy up to it. The reason evil has such a foothold in us and in our world is that it disguises itself as goodness, truth, righteousness, and beauty. For instance, if my dream were in fact inspired by the devil, he could certainly SAY he was the Holy Spirit and appear to be LIKE the Holy Spirit. The ability of the enemy to disguise himself as the very Author of Goodness has been well documented, which is undoubtedly the reason that when Saint Faustina (above) told her confessor that Jesus had been appearing to her, he advised her to ask the apparition what she had said in her last confession. When she did so, Our Lord told her that He had forgotten - which was proof that He was Christ: the enemy would no doubt have ticked off a list, but, as God told Jeremiah, "I will forgive their sins and remember them no more" (Jeremiah 31:34).

And, because Mercy is so hard for us to understand, the words of Christ to Saint Faustina bear repeating here. Some quotes taken from her Diary:

"I do not want to punish aching mankind, but I desire to heal it, pressing it to my Merciful Heart. I use punishment when they themselves force me to do so; my hand is reluctant to take hold of the sword of justice. Before the Day of Justice I am sending the Day of Mercy. " (1588)

"I am giving mankind the last hope of salvation; that is, recourse to my mercy." (998)

"Let the greatest sinners place their trust in my mercy. They have the right before others to trust in the abyss of my mercy. My daughter, write about my mercy towards tormented souls. Souls that make an appeal to my mercy delight me. To such souls I grant even more graces than they ask. I cannot punish even the greatest sinner if he makes an appeal to my compassion, but on the contrary, I justify him in my unfathomable and inscrutable mercy. Write: before I come as just Judge, I first open wide the door of my mercy. He who refuses to pass through the door of my mercy must pass through the door of my justice." (1146 [39])

It certainly is confounding that the greatest sinners have the most right to God's mercy. But let's not forget that there will be more rejoicing in heaven over one sinner who repents than over ninety-nine righteous persons who do not need to repent (Luke 15:7). May we all appeal to the Abyss of Mercy, and seek to pass it on to others.
Posted by Pentimento at 10:52 PM